A Call For Help Leads To A Profitable Partnership 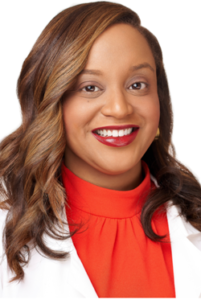 COVID-19 rocked the lives of people all over the world, particularly business owners and health practitioners–who were forced to make one tough decision after another. Camille Cohen, OD, took over a Pearle Vision in Brooklyn, New York, on March 2, 2020… mere days before much of the country started shutting down.

When the opportunity to reopen came, the unprecedented challenges set Dr. Cohen behind in many administrative ways.

“The defining moment was when we were reopening the office and I had in my mind, ‘We’ll hire more staff and spread the workload,’” she says. Learning how to train staff and learning how to hire were no small feat, though, and Dr. Cohen soon found herself facing a mountain of tasks. One particular challenge that quickly emerged was billing.

“Doing billing was becoming increasingly difficult. I shortened hours thinking I could see patients and do billing right away,” she says. But billing is often one of those tasks where the progress is slow and the backlog builds. When two employees left, Dr. Cohen felt the pressure even more.

“I was spending all of my time off doing billing,” she says. “I was still learning management and couldn’t practice other skill sets.” At one point, she was 45 days behind in filing claims. That creates a ripple effect of a reduced revenue stream and the likelihood that denials might go unnoticed or unattended for a while.

Dr. Cohen sat down with her brother/business partner and the two decided to meet with VisionWeb to discuss the revenue cycle management services the company offers. “That’s when we spoke with Director of Sales of Revenue Cycle Management, Shane Shepherd,” she says, who encouraged the partners to do a trial run. Over time, the VisionWeb services proved to be life-changing.

“Shane helped. The VisionWeb team is like hiring an employee who is diligent and knows what they’re doing. Now I can grow and learn, and he’s still helping me do that.”

VisionWeb helped in many aspects of practice management efficiency, but one area where it really stands out to Dr. Cohen is insurance billing.

Now, she finds herself unburdened of the anxiety that came from feeling behind. “I am not going back and cleaning up the claims or checking to learn how much we were reimbursed,” she says. It was a humbling experience to discover how much she had to learn about billing. She recalls working in other practices where the attitude toward billing seemed low-key.

“I assumed that was all there was, but there’s so much more if you want to have good recordkeeping,” she says. She is driven to manage billing at a high level of efficiency. “With VisionWeb’s help, I can be more organized, learn more business skills and get reimbursements faster.”

She’s relieved that she gets that kind of help and urges practice owners to consider outsourcing their billing. “Some people think it’s a waste of money, but it’s what I would pay an employee — and this is like having one who does the job really well, plus it’s given me back more time.”

“Say we never took this approach,” she says, “Everything would have built up, with me getting further behind, not being able to revise and resubmit claims and not getting paid appropriately.” For example, the team at VisionWeb helped her sleuth out a glitch in another system that was causing her to be reimbursed at a lower level. Those small cuts can add up to big dollars.

“That’s the relief of getting things organized,” she says. “It makes me hopeful for the next year with VisionWeb. I will have a better year.”